Learn How to Use These Essential Oils for Pest Control

Pests are one of the household’s terrors.

They bring so much damage to belongings and illnesses to human beings.

As much as we love to use pesticides to kill these creatures, you can’t risk the health of your family.

Which is why you need to use alternatives, such as essential oils, for pest control. Not only will these provide relaxation and other meditative effects to humans, but they also repel the pests that we abhor the most.

Before we start with the fundamentals of using essential oils for pest management, we need to know the story about how it all began.

It all started in ancient Egypt where they first used what we call ‘aromatherapy’ today. The Egyptians used essential oils for the rituals for incense, as well as for medicinal purposes.

In their culture, essential oils were also used for embalming purposes.

The wisest and most efficient physician during this period was Hippocrates from Ancient Greece. He is the first believer that massages are important for the health and the well-being of his patients. Essential oils were his mode of healing the illnesses of patients.

At this same time, the Chinese and Indian civilization was studying how this can be used to benefit their fellowmen.

This was adopted by ancient Romans, who believed that hygiene is the key to a healthy life. They soon used essential oils for aromatic baths to promote their well-being.

During the dark ages, after the fall of the Roman Empire, the church encouraged people to be bathed with essential oils to cleanse them from their sins. During this period, they found out that these oils have anti-bacterial and anti-pest qualities.

This sparked a greater interest in essential oils during the Renaissance Period. This time, Paracelsus used essential oils to cure leprosy with several plant extracts.

Finally, in 1937, René-Maurice Gattefossé coined the term ‘aromatherapy’, from the works of Hippocrates. During this period, people sparked the natural health movement.

In the late 1980s, essential oils became more popular worldwide. It has been used for health and healing. Plus, it has been used as an alternative for harmful chemicals in the household.

Now that we know how essential oils originated, we need to know some facts about these bounties.

These facts will enlighten us more about the innovations and findings by prior doctors. So, we’ll know how to properly use them.

This is a question that bugs millions of people on the planet.

According to specialists, there are only two types of oil – organic and mineral oils. Organic oil comes from the extracts of plants and animals. Mineral oils, on the other hand, are from fossilized organic materials, such as petroleum.

According to experts, essential oils are not categorized into either of the two.

They do not have ingredients that organic oils possess, such as fatty acids or lipids. Examples of organic oils are fish oil, animal fats, vegetable oil, and coconut oil – but not the oils that are extracted from selected plants and flowers.

Essential oils, such as lavender and geranium, fall under the loose definition of oils, which is a viscous liquid that cannot mix with water but can mix with other oils.

Even if essential oils do not have the properties that organic oils have, they are unique in their own ways because they possess several phytochemicals such as esters, ketones, terpenes, and phenols, among many others.

2. A small fraction of all the plant species have been evaluated for emulsifying oils

However, according to scientists, not all of these plants produce the kind of essential oils used for aromatherapy. Only about 150 of them are studied viable to become essential oils.

This is why these oils are valuable assets to human beings. It cannot be found anywhere.

It takes too much time and effort to find the right essential oil for the right purpose. To extract the oil, it entails a lot of effort and time.

Some oils are even more time-consuming than others.

You can understand why these are more expensive than the rest.

This is a fact that you need to know so you can store essential oils in a more conserving way.

Do you ever wonder why you often see people store oils in tinted bottles with varying colors such as amber, blue, and violet?

This is not for design but a more effective storage unit.

Essential oils are sensitive to the sun’s rays. The reason why people store it in tinted glasses is so the container can prevent the rays of the sun from penetrating the oil which could affect its quality.

Don’t store it in bathrooms as well, because the heat of the shower can affect its quality.

This is what you have all been waiting for – the essential oils for pest control. 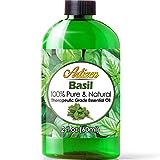 The first one on the list is basil oil. According to a study in Thailand in 2001, when dengue and malaria were a great epidemic, essential oils were effective In repelling mosquitoes.

While these essential oils relax human beings, it is considered an irritant to pests.

In a study in 2014, they also found that oils can control dust mites with 97% to 100% effectiveness. This is why there was a spike in the production of these oils for the safety of people.

Another essential oil for pest control is citronella.

This has been found as a plant-based repellent since 1948. This oil works as a mask to the scent of human beings, making it difficult for bloodsuckers to locate their targets.

It is for this reason that citronella oil is found to be one of the most appealing pesticides. Now, you can isolate this oil from pesticides and use them for your own safety. 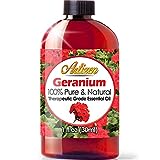 Geraniol is the active chemical found in geranium oil.

Scientists have found it effective against mosquitoes, cockroaches, flies, ants, ticks, and fleas.

This is the reason manufacturers created scents and candles from geranium as a means of natural pest control.

We all know how calming lavender is, but it is also used for repelling pests.

This is also found useful in deterring cockroaches, fleas, ticks, and many more.

If you use it as a lotion, you can prevent bed bugs and other mites from piercing your skin. 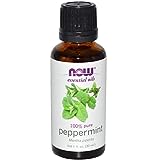 Peppermint oil is famous for its strong scent and sensation. It is one of the most prominent oils to use against bugs.

Studies show that peppermint oil provides 100% protection for about 150 minutes when applied to the skin.

However, with lower concentrations, it becomes less effective. 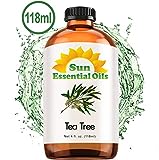 Doctors from all around the world use essential oil as a natural antibiotic. However, it is also found to control pests in the household. Scientists have proven that tea tree oil can control parasites such as lice, ticks, leeches, and fleas. This is the reason why it is a major ingredient of human and animal shampoo.

If your skin has bite marks from these pests, You can use this oil to soothe your irritated skin. With the help of tea tree oil, you’ll have a natural pest repellent and an anti-inflammatory medicine at the same time.

How to use essential oils for pest control?

There are many ways in which a person can use essential oils.

For one, it can be used as a protection spray. Simply mix a generous amount of essential oil with water and put it in a spray bottle. Apply it on areas where you think pest activity is at its peak.

Whenever you sit on the patio, you can apply it to your surroundings as a barrier against all kinds of pests such as mosquitoes and bedbugs.

You can also apply it on your pet’s fur provided that they’re not allergic to the oil. So, when they go out and play, they can prevent any flea or tick from latching onto their coat.

Another way you can repel insects using essential oils is by immersing cotton balls with it and placing them tactically on pest-infested areas. This way, you can deter and irritate the pests surrounding it.

This works best for flies, cockroaches, and mice.

So, you can disrupt their safe and secure a living inside your house.

There are so many uses of essential oils.

Luckily, pest management is one of them.

This is why people are clamoring over this new invention. They don’t want to use pesticides any more.

With the breakthrough of essential oils for pest control, they can have the anti-bacterial and anti-Inflammatory properties they want while deterring the pests that they hate the most.

It shouldn’t be a shock that essential oils are running out of stock.

With its countless benefits, who wouldn’t buy it?

I know I would too.

How to Use Essential Oils for Mosquito Bites?

What are the Best Essential Oils for Mold and How to Use Them?

Roman Vs. German Chamomile Oil – Differences and Benefits
May 4, 2020

How to Dilute Essential Oils with Coconut Oil in 4 Easy Steps?
April 10, 2020